Forgot something in a subway station ?

You can use our online service to report the loss of your item.
To report a lost item : click here.

This service is available 24 hours a day, 7 days a week, and can be accessed from a mobile phone, computer or tablet.

List of the main items forgotten in the metro 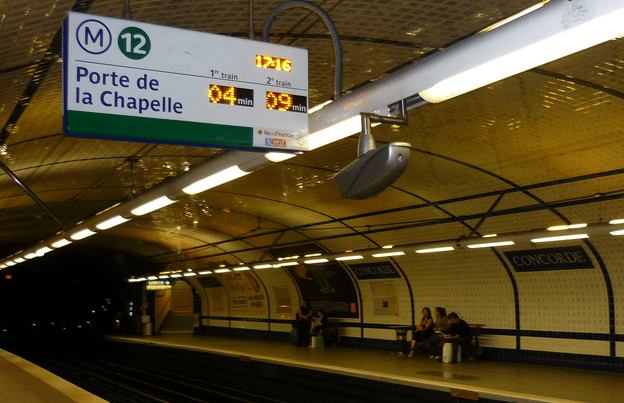 You are tourist in Paris and eager to visit the city and its many touristic attractions, this article presents the different metro lines as well as the various accesses for tourist sites.

The biggest stops on the Paris metro :

Metro Station Stop near touristic places
– We have the Trocadéro metro (line 9), Military School (line 8), Bir Hakeim (line 6), RER C Champ de Mars stop, to get to the Eiffel Tower
– Anvers station (line 2), station Abbesses (line 12) to get to the basilica of the Sacred Heart
– City or Saint-Michel (line 4), RER B and C Saint-michel – Notre-Dame to get to Notre-Dame Cathedral
– Chatelet Les Halles station (line 1; 4; 7; 11; 14; RER A, B, D) to get to the Pompidou Center
– Charles de Gaulle metro – Etoile (line 1, 2, 6, RER A), Franklin Roosevelt (line 1), George V (line 1) or Champs-Elysées – Clemenceau (line 1 and 13) for the Champs-Elysées to get to the Arc de Triomphe and Champs Elysée
– Versailles station (RER C) to go to the Palace of Versailles

The following companies manage the Paris metro network: RATP & SNCF.
You are on a publication of the Lostandfound-paris.com website.
This site offers independent information in case of loss of an object in the city of Paris.
This site is not a partner, associate or affiliate with the following brands: RATP & SNCF.
« RATP » & « SNCF » are registered trademarks.